Women in the woods

I grew up in a home, where both my parents worked outside of the house (this has a different meaning nowadays) … I don’t think I was ever “told” that I could do anything I wanted, or “be” anything I wanted, it was just an integrated part of the way I was parented, the example I was shown. As I moved through adulthood – it never occurred to me that the opportunities I would have and choices I would need to make would be different than my male peers.

Looking back on my career with a “gender lens” I am taken aback by how being a woman has both provided opportunities and challenges from my rather gender-privileged upbringing.

+ I was awarded scholarships in university, in part, due to being female,

– Early in my career I was paid less than a male colleague for performing the same job. Even though I proved that I was more experienced and qualified, he was given more responsibility than me and I had to show him what to do,

– In a previous job, part of my responsibility included supervising logging crews, where I often received snide remarks, and did not feel respected,

– I have felt on several occasions the need to speak louder and stronger to be heard when compared to my male peers,

+ / – I had to choose (but also luckily the freedom), when in my career was the right time to have a family and pause professionally to prioritize being a mother,

+ I felt safe in my decision to leave a good, secure job to pursue my professional ambitions because I wasn’t burdened by being a solo bread-winner, like many of my male peers who don’t have the luxury of taking that leap of faith because of society’s pressure on them to provide security for their families (even if it means stifling motivation and creativity).

In honour of the upcoming International Women’s Day (on March 8, 2022), I’m running a series of articles, where I interview women of authority in the forest sector. We will cross cultures, geographies, roles and responsibilities to understand how these women have worked to the top of their field and understand their unique position on women winning in the woods.

Until then – I’ll provide a glimpse of the gender disparity issue in forestry.

Polarities in gender disparity – from the boardroom to firewood collection

Gender disparity exists at different levels across countries, cultures, socioeconomic conditions, and workplaces. When tying the topic to the forest sector, you see a lack of female representation in the sector professionally and machismo especially in forest operations. In the tropical forest context where I focus my work, in forest-dwelling communities, women are often marginalized.

An article last year in the Financial Times noted that just 1 in 10 recently appointed leaders in big companies were women, pointing out that only 5% of top jobs at big companies are held by women. Without distinguishing among work responsibilities, in 2020, the forest sector in Europe comprised a workforce of 416,000 men to only 74,000 women (or 15% of workers) (EU Gender Statistics, 2020).

The UN Food and Agriculture Organization (FAO) points out that despite improvements in gender equality, women continue to be disadvantaged by insecure property rights, and limited access to forest, trees and land resources. Adding that they also suffer from discrimination and bias in the provision of services, and are often excluded from decision-making at household, community, and national levels (FAO, 2021).

The UN Sustainable Development Goals (UN SDGs), highlight the need for female decision-making authority and recognition of basic human rights as far as gender equality is concerned under UN SDG 5, Achieve gender equality and empower all women and girls. In the following figure, I break down UN SDG 5 into its targets and indicators that relate to gender disparity in forestry – and provide examples of how these are surfacing (and progressing) in the forestry space: both professionally, and those living in forest communities.

How to promote gender equality in forest investments in the tropics

In line with the Komaza example provided above, forest impact investment in the tropics presents a significant opportunity to improve gender equality, both directly in the workplace and also indirectly through targeted co-benefit programs. In a previous article, I addressed several UN SDGs, not traditionally associated with forest investment, to describe how a forest impact investment strategy in the tropics can align with these other UN SDGs. Below I extract from this previous article some steps you can take to directly or indirectly support gender equality in your forest investments in the tropics, aligning with UN SDG 5.

The risk of gender inequality in the forestry sector

Risk management is an important component of any business or investment and assessing gender disparity risk has become a token element to include in any ESG assessment. I say token, because I believe it is often included out of obligation, not out of sincere respect for the risk. Large companies with a more gender balanced executive team have shown to perform better than their male-dominated competitors. In their 2018 report, Delivering through Diversity, McKinsey found that companies in the top-quartile for gender diversity on executive teams were 21% more likely to outperform on profitability and 27% more likely to have superior value creation. Norms that prevent women from reaching top authoritative roles in business limits the innovation, leadership and diverse thinking that allows businesses to succeed in our rapidly changing economy. And on the ground, I have seen first-hand the results of gender inequality in cultural norms that marginalize women. In the example I have in mind – an escalating series of events could have been quelled if it weren’t for managerial oversight around the gender equality issue in question. The events resulted in a management overhaul, in terms of trainings, the development of new policies and procedures and awareness raising at a significant cost. Reputational damage resulted, and the most harmful consequence was that several women suffered unnecessarily.

Improve gender equality in your forest investment in the tropics

Gender diversity, equality, inclusion – whatever you want to call it – IS important. From innovation to basic human rights, so many of our economic, social and environmental systems depend on it, and I hope the few examples I have highlighted from the forestry space illustrate this.

If you are looking for ways to improve gender diversity and equality in your forest investments in the tropics, through impact generation, risk reduction and value creation, please reach out.

And I encourage all of you to check back in the coming weeks, as I interview different women of authority, winning in the woods to hear their take on this important topic. 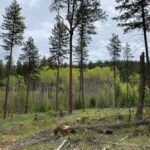 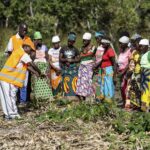 The Investment Case for People and Nature 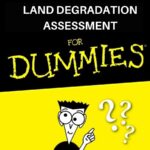 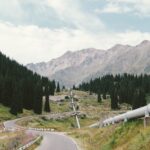 So, you want to build a Nature-based Solutions Pipeline…? 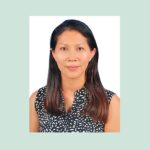 Women in the Woods – with Lina Hong 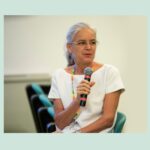 Women in the Woods – with Mette Løyche Wilkie

News, blogs and best-practice guidance to support you with your forest-linked investment strategy or business. Straight to your inbox twice a month.

This website uses cookies to improve your experience while you navigate through the website. Out of these, the cookies that are categorized as necessary are stored on your browser as they are essential for the working of basic functionalities of the website. We also use third-party cookies that help us analyze and understand how you use this website. These cookies will be stored in your browser only with your consent. You also have the option to opt-out of these cookies. But opting out of some of these cookies may affect your browsing experience.
Necessary Always Enabled
Necessary cookies are absolutely essential for the website to function properly. These cookies ensure basic functionalities and security features of the website, anonymously.
Functional
Functional cookies help to perform certain functionalities like sharing the content of the website on social media platforms, collect feedbacks, and other third-party features.
Performance
Performance cookies are used to understand and analyze the key performance indexes of the website which helps in delivering a better user experience for the visitors.
Analytics
Analytical cookies are used to understand how visitors interact with the website. These cookies help provide information on metrics the number of visitors, bounce rate, traffic source, etc.
Advertisement
Advertisement cookies are used to provide visitors with relevant ads and marketing campaigns. These cookies track visitors across websites and collect information to provide customized ads.
Others
Other uncategorized cookies are those that are being analyzed and have not been classified into a category as yet.
SAVE & ACCEPT